This case highlights books and pamphlets related to ‘schooling food’. Earlier publications outlined the reasons why the diet of school children should be a focus for families, schools and government. Throughout the war, malnutrition featured as a societal problem which a number of community organisations sought to alleviate. The results of some of these projects are featured in these pamphlets. Food and beverage companies, such as Cadbury, provided many texts that were considered suitable for school projects. 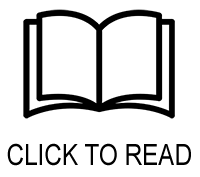 ALL ITEMS FEATURED ON THIS PAGE HAVE BEEN DIGITISED IN FULL AND ARE AVAILABLE IN MONASH COLLECTIONS ONLINE. CLICK ON THE IMAGE OF ANY ITEM TO VIEW THE COMPLETE BOOK 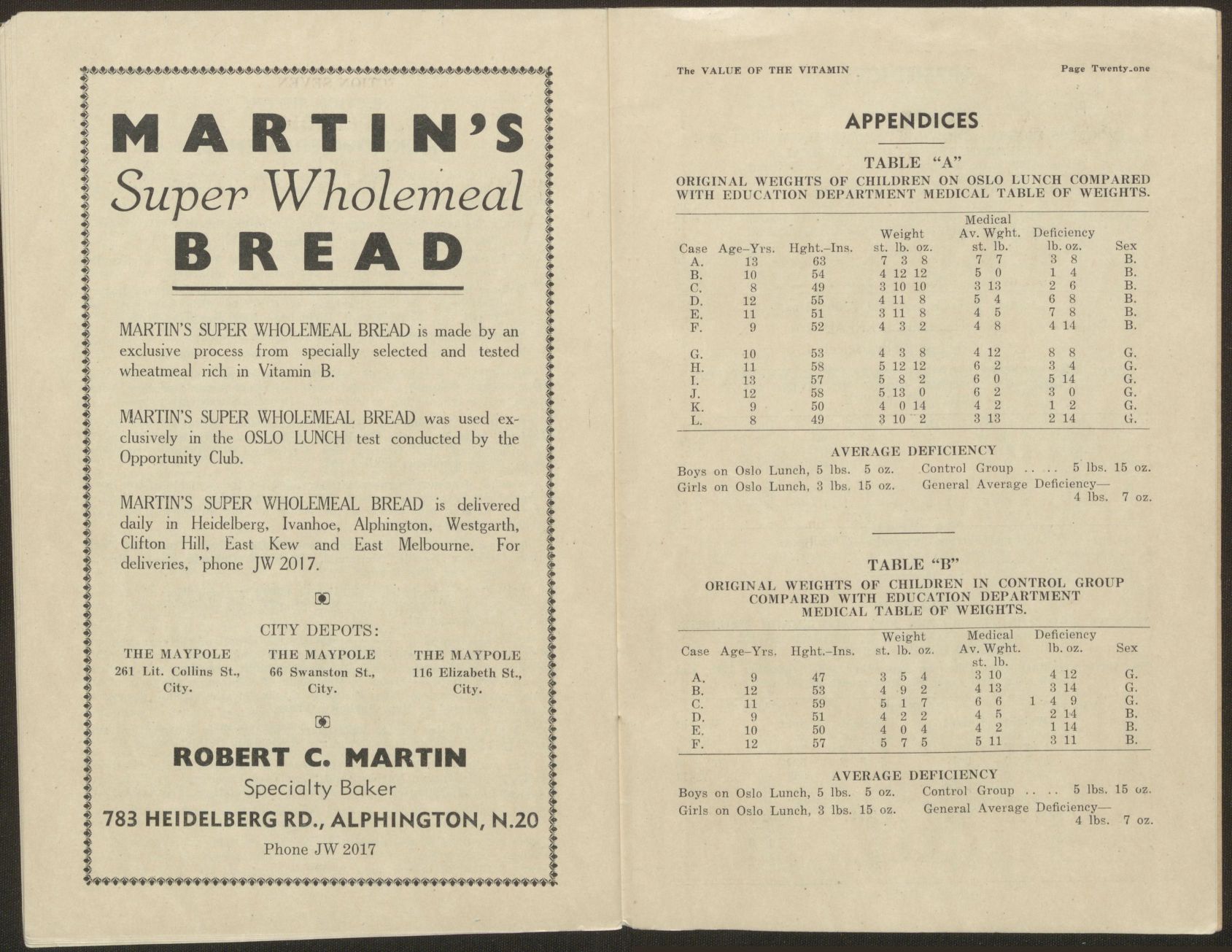 ROBERT A. GARDNER (1916- 2002)
THE VALUE OF THE VITAMIN: THE STORY OF THE OSLO HEALTH LUNCH EXPERIMENT
MELBOURNE: OPPORTUNITY CLUBS FOR BOYS & GIRLS, 1941

The ‘Oslo lunch’ - feeding children a wholemeal cheese and salad sandwich accompanied by milk and fruit - was initiated in Oslo, Norway by Professor Carl Shiotz as means to improve the diet of malnourished school children.This booklet tells the story of the first Oslo Lunch experiment undertaken in Australia by Dr John Dale, involving fifty primary school aged children from Collingwood. 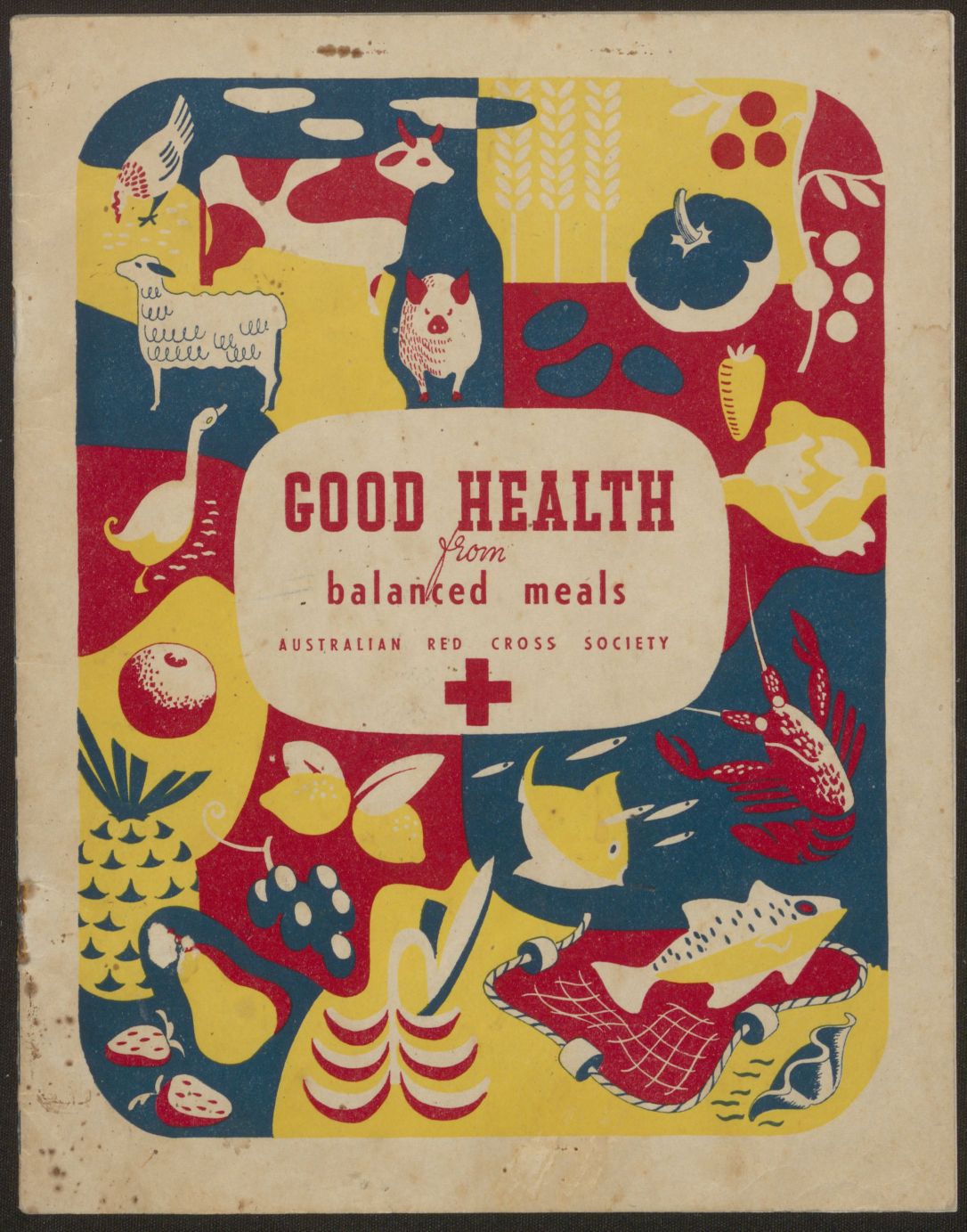 Food consumption surveys undertaken in 1936 and 1944 by the Health Department showed that some Australians were not eating the ‘right kind of food.’ These findings resulted in the production of booklets such as this one, produced by the Red Cross to assist the Commonwealth Government to disseminate nutrition knowledge. It covers the basics of food essentials, providing meal charts that outlined the major food categories (vitamins, protein, calories) across two types of school lunch. (see poster) 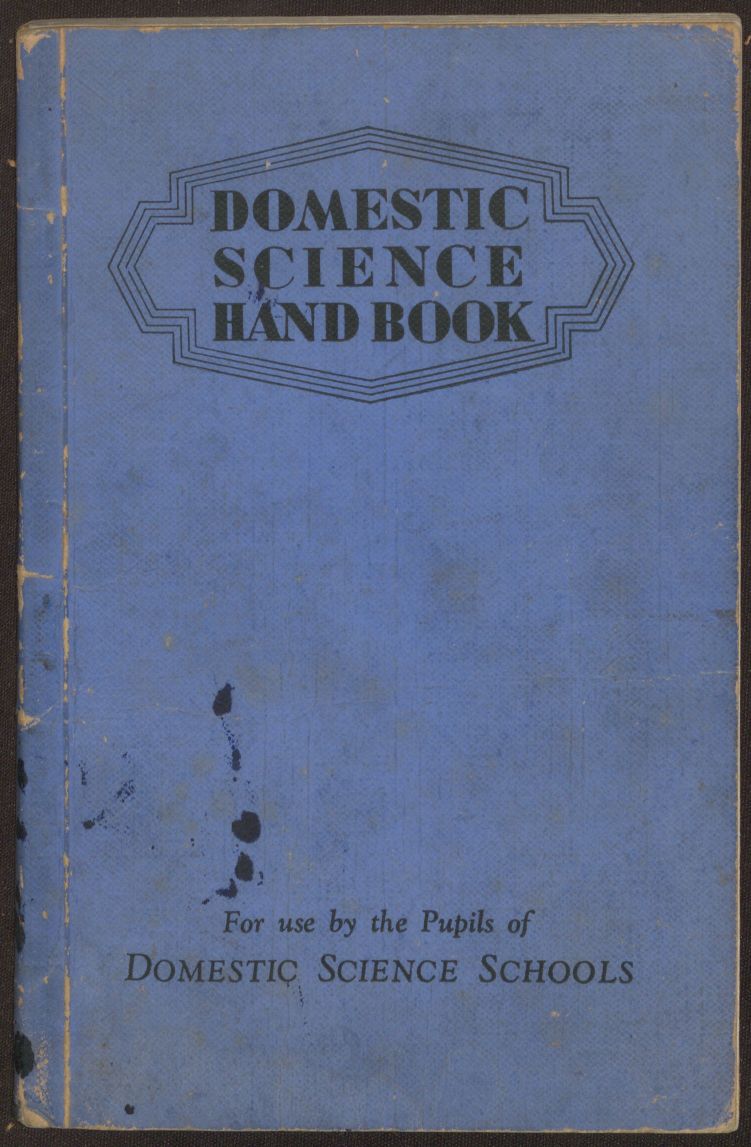 Designed as a comprehensive guide to domestic science suitable for older students, it includes chapters on all aspects of home management including, ‘A Glimpse into the Science of Nutrition’ and ‘Hay Box Cookery’, as well as many common recipes. One particular highlight of these early handbooks are the many advertisements for food items, such as, ‘Rosella Jams & Jellies’, ‘ETA Peanut Butter’ and ‘McKenzie’s Coffee Essence’. 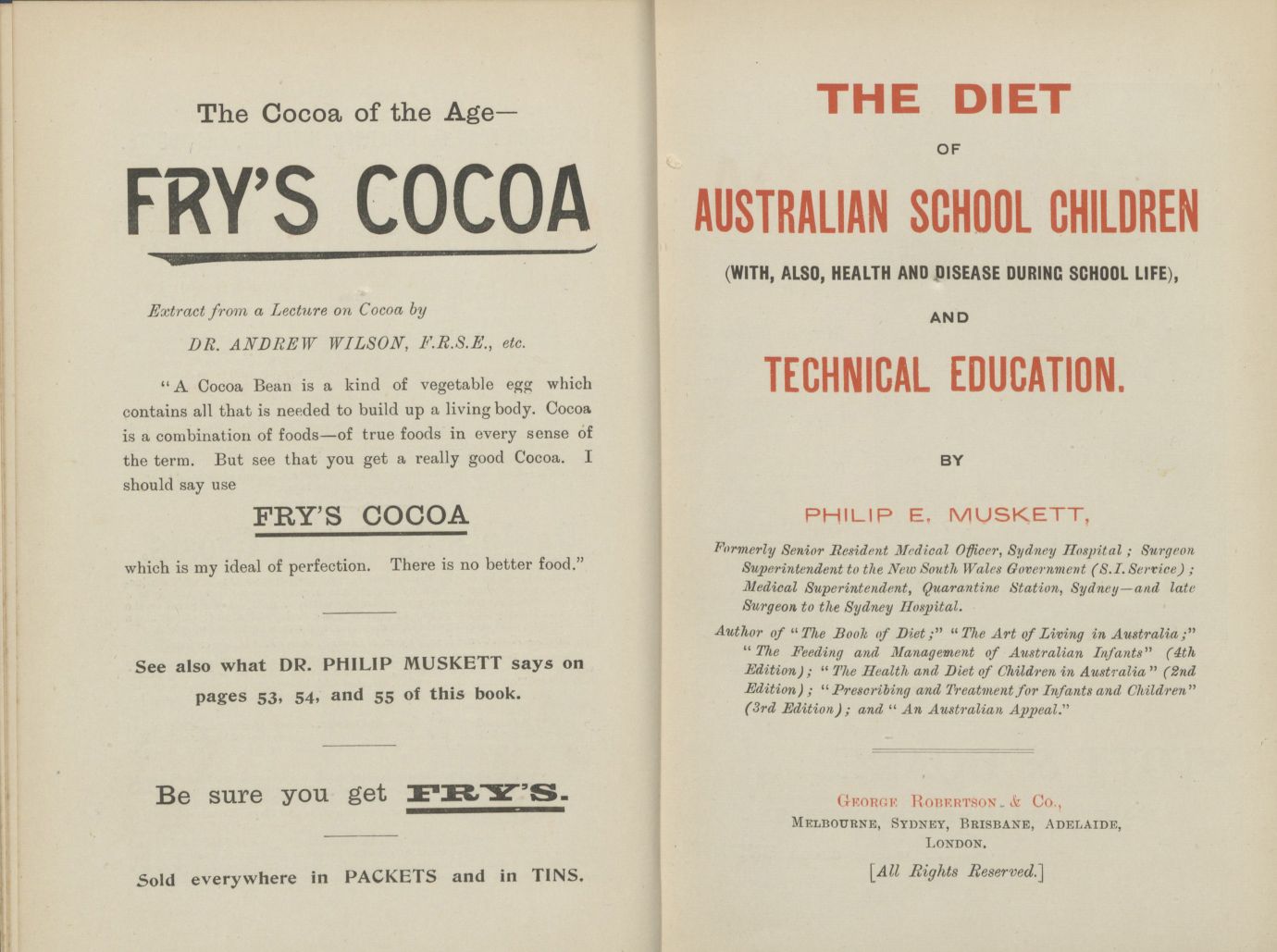 In another introduction to reforming diet and health of school children, Philip Muskett pays particular attention to the importance of the Australian climate in relation to all aspects of diet and health. He notes that earlier books were overly dependent on British and American conditions, which were inappropriate for the ‘newly developing race’ of Australians. 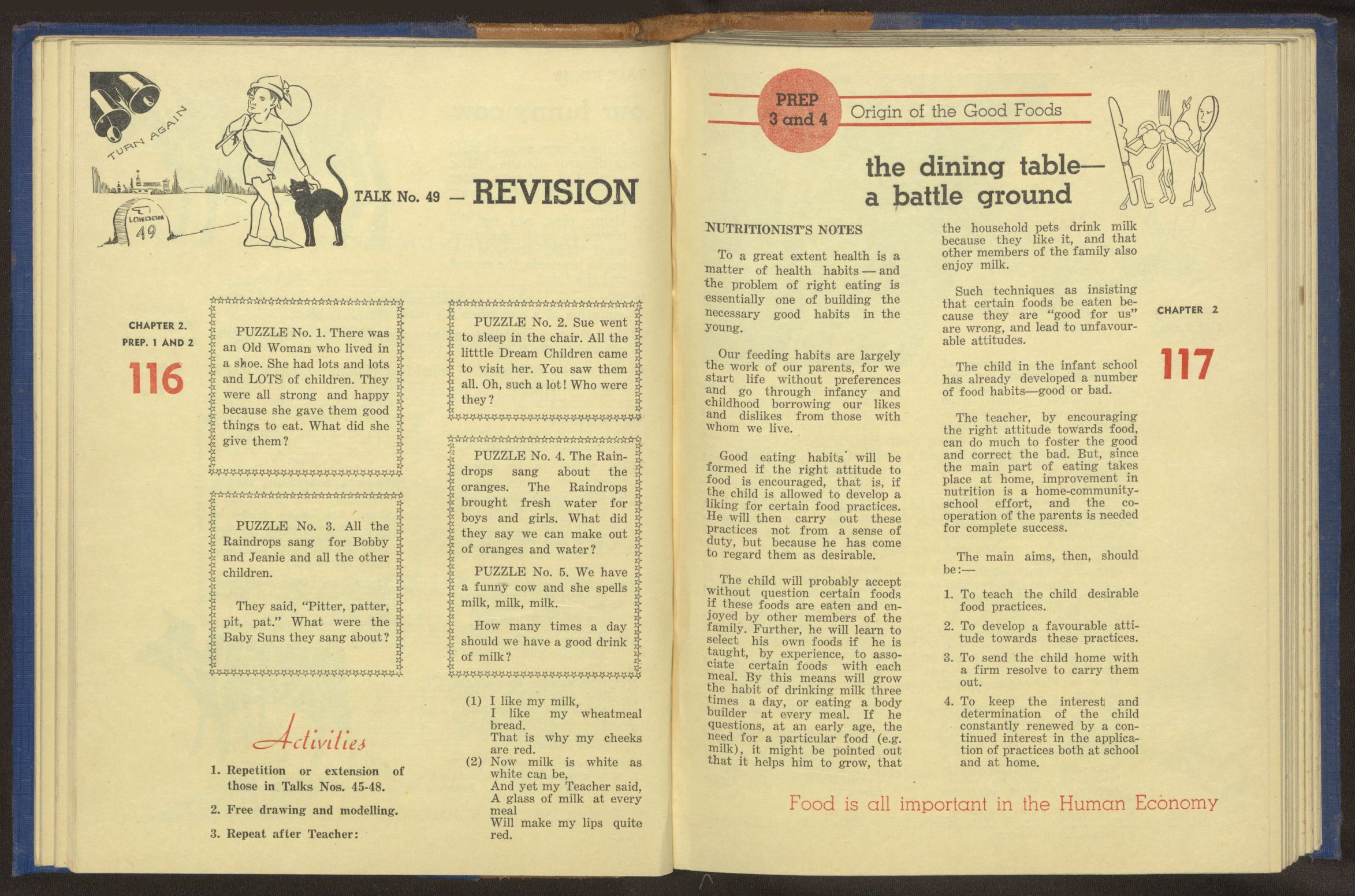 As a handbook for teachers to be used in Queensland state primary schools, the book provides a complex array of notes, talks, activities, quizzes, etc. Each topic is tailored to particular student groups, for example, ‘origin of the Good Foods’ is directed at Grade Three and Four pupils. Notable is the way topic areas such as ‘the dining table - a battle ground’ show the long association of schools attempting to influence family food practices.


Thank you for joining us through our exploration of Schooling Food!

Do you know someone who would be interested in this exhibition?
Use this link to share the exhibition with friends, family and colleagues: http://hdl.handle.net/1959.1/1404075 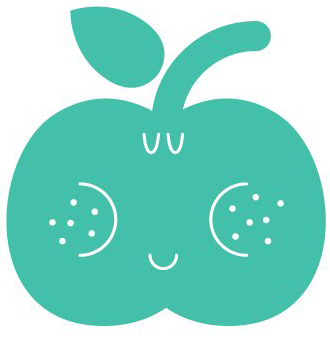 ← ADVICE TO MOTHERS
HOME
HOW DID WE GET HERE?
SCHOOLING FOOD