A selection of pamphlets and ephemera related to World War One held in the Monash University Library Rare Books Collection. 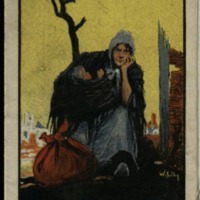 This booklet tells how the British Committee of the French Red Cross is applying its organisation and funds to post-war problems. 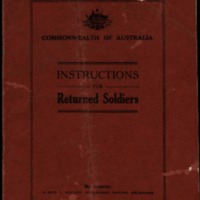 This pamphlet is designed to supply returned soldiers of the 3rd Military District with information most commonly sought by them on and after arrival.

One copy will be handed to each man before disembarkation, and it will be his duty to make…

31 views: the cities of our allies & our enemies 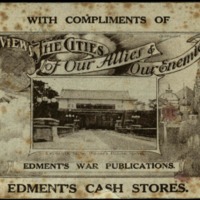 This souvenir of The Great War of 1914 is issued with the object of giving an artistic and true idea of the Beautiful Cities of the Nations who are now at war. The number of British Subjects who were resident in the various countries at the… 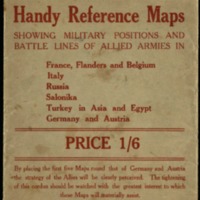 By placing the first five maps round that of Germany and Austria the strategy of the Allies will be clearly perceived. The tightening of this cordon should be watched with the greatest interest to which these Maps will materially assist. 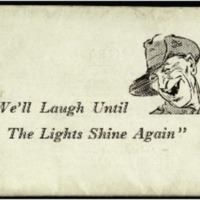 Six cartoons about World War I, with a poem, "Mirth," folded to form an envelope. The cartoons are signed "Mick." 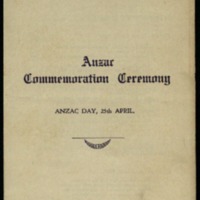 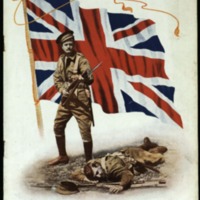 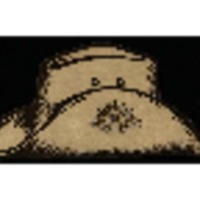 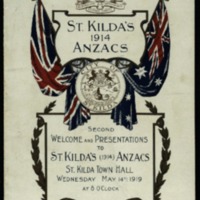 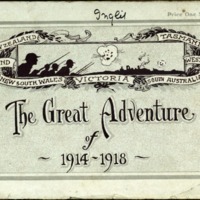 Souvenir of the grand review by the Governor General of Victorian returned naval men and members of the A.I.F.: Melbourne Cricket Ground, 3rd May, 1919 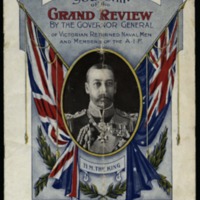 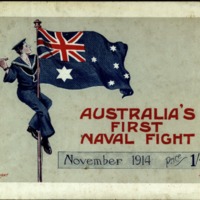 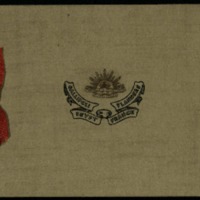 Souvenir Christmas card with a poem and engraving tied with red and blue ribbon. On the cover is written Gallipoli, Flanders, Egypt, France. The card is addressed To Winnie, From Charl.

Shall Britons be slaves? 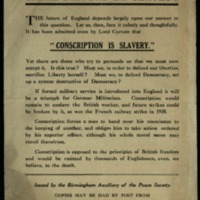 Australia's peril unless Germany is crushed in Europe: to all non-combatants of Australia 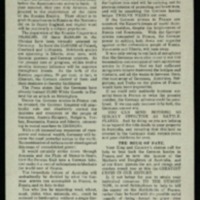 The hour of fate: to the non-combatants of Australia 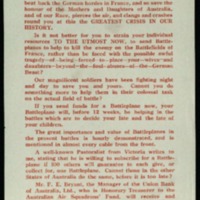 The way out: the awkward alternative for the Papists. The Vatican and the war 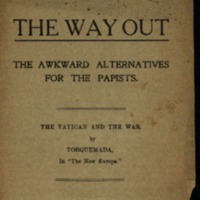 Socialist Labor Party and the war: address of the S.L.P. to parties affiliated with the International Socialist Bureau 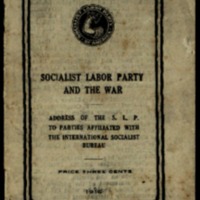 The capitalist class through its mouthorgans, the hired press, and through other channels, triumphantly announced to the world that when the war broke out the Socialists forgot all about their Socialism, that the INTERNATIONAL MOVEMENT was proven to…

The soldier's friend: a practical guide to Cairo and Nile for A.I.F. (Multum in parvo) 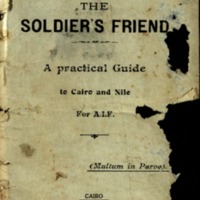 2nd Edition. Covers are missing from the original item. 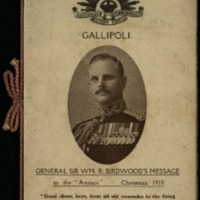 Will they never come? 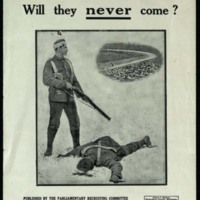 Boys, come over here; you're wanted 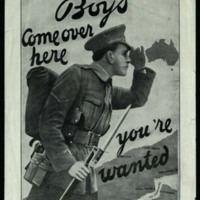 Australian troops near the firing line at Gallipoli Peninsula 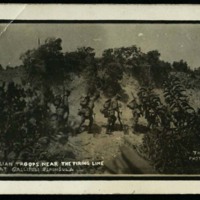 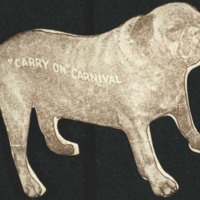 Advertisement card for a morale boosting carnical. Five lines of patriotic verse on the back of the card reads
"On! On! You've got to carry on -
For the sake of every one of us who's gone
For the flag that flies above
And the country that we love,…